I enjoy tea. The folks from India who stayed with us, left a package of tea, so I’ve been making “chai”, which is really just tea. In Chinese, “chai” (with the right tone) is “tea”.  But, to the last few cups I’ve add a few cardamon pods, some cloves, a few black pepper corns and a cinnamon stick (half of one, less would be okay, too). It makes a flavorful tea when a touch of sugar is mixed in.  I”ll give the recipe below.

As I sat and drank, I remember the first time I’d had this version of chai. It was in 2001. I was living in China, and had met a gal, Angie, when I was on holiday in Thailand who was living in Kunming at the time, which was an day’s train ride west for me. It was the national holiday week, so I took the week and went west to visit her. That was the first week of October. It was just getting a touch chilly then, and Kunming is set up in the mountains so the nights were down right nippy.

We had a great time that week. Angie and I really hit of off. Two single gals, both of rather independent spirits. Both fairly well educated, and both in need of a good friend as we were both on our own in this new place. We were both studying Chinese, and spent several days scoping out and finding the spices needed to make “Chai”. Its not easy figuring out how to say things like “nutmeg” when you aren’t sure what the whole spice looks like. Google images wasn’t available to us then. We had a few misses, but after a few days we’d found the spices, and knew the names in Chinese.  We made the tea and savored it while singing to Angie’s guitar playing. We drank it while chatting late at night, and in the morning before breakfast.  Those were good times.

We both eventually returned to the states. I went to grad school, Angie returned home to work, and I learned later, met a boy and got married. Last time I saw her, she was married, and pregnant with her first (a boy if I remember correctly). That was fall of 2005. And I was figuring out what to do with this boy showing me all this attention (he’s now my Hubby). Last I heard, she was pregnant with her second, living in Singapore.

Angie — should you read this, I’d love to catch up and see where life has taken you! 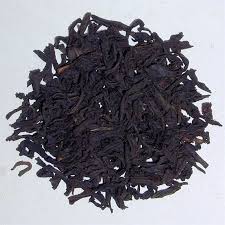 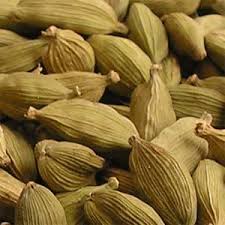 sugar (I figure you know what sugar looks like)

For 1 cup:
Use about 1 tbsp black tea, a single half-stick of cinnamon, a few (3-5)whole cloves, 1/4 or so of a nutmeg (use a knife to cut up), a few (4-5)cardamon pods and a few (3-4) peppercorns. Cover them with a mug full of milk, and heat over medium heat, stirring regularly.  When hot, strain into a mug and add a spoonful of sugar. Enjoy!

For the next cup:
Adjust the spices to fit your taste. I tend to like a bit more cinnamon and a bit less clove and peppercorns. Also, if you don’t have one or two of the spices, its still good. More than that missing and it is a bit bland.

You can also make it with water: Use more of everything, but not a ton more. Bring it to a boil, then let cool and seep overnight. Strain and store in the fridge. Add about half of this very strong tea and half milk to a mug and heat. Add sugar to taste.

Keep in mind, this isn’t exact! And its all very flexible.

This entry was posted in Uncategorized and tagged chai, cooking, recipe, tea. Bookmark the permalink.

This site uses Akismet to reduce spam. Learn how your comment data is processed.